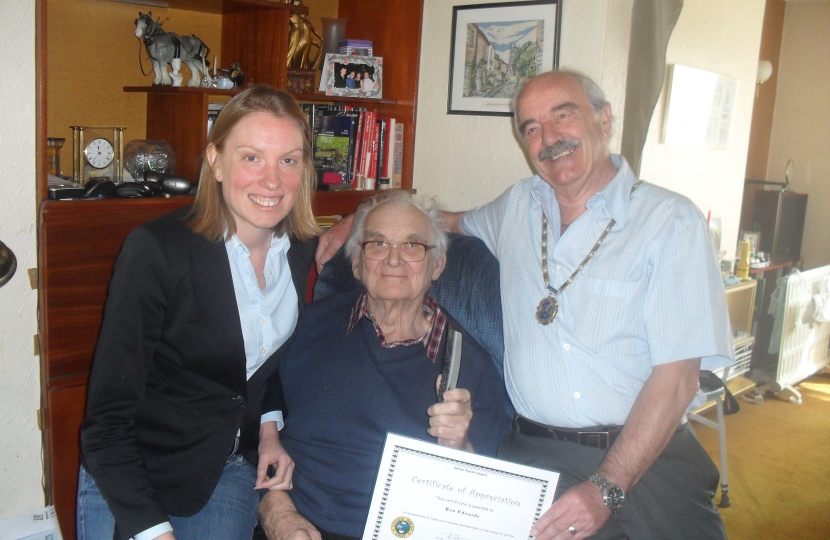 Tracey was contacted by Ditton resident Ron about the high cost he was incurring each month on his phone bill. Ron was a full time carer for his late wife and like many other elderly or vulnerable people made numerous phone calls to his GP surgery every month.

After checking where the high call costs were coming from he realised it was his GP surgery was using an 0844 number. Other surgeries across the area used similar numbers, and after contacting them, with the support of the fair telecoms campaign, all have transferred to a local number for patient’s use, meaning they now no longer face costly connection charges.

Tracey is extremely pleased that no longer will residents have to pay excessive charges to contact their doctor. Ron was recently recognised for all his hard work and given a special Ditton Parish Council Award.