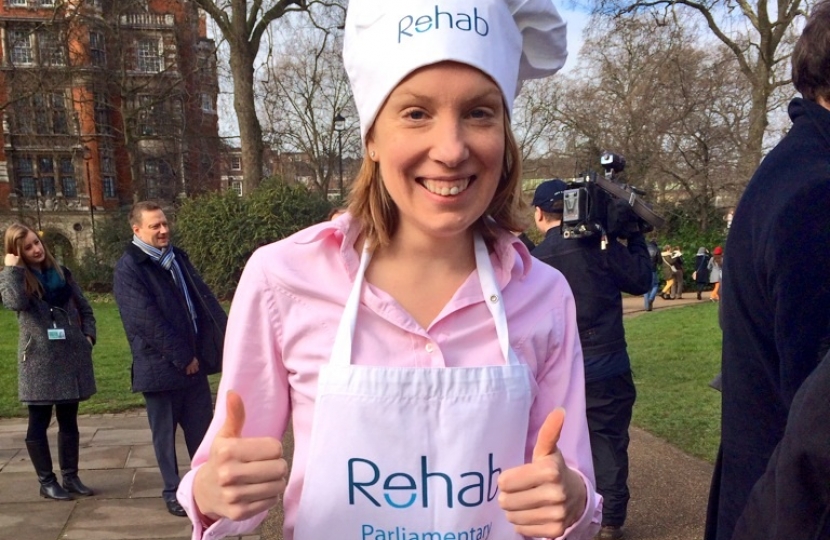 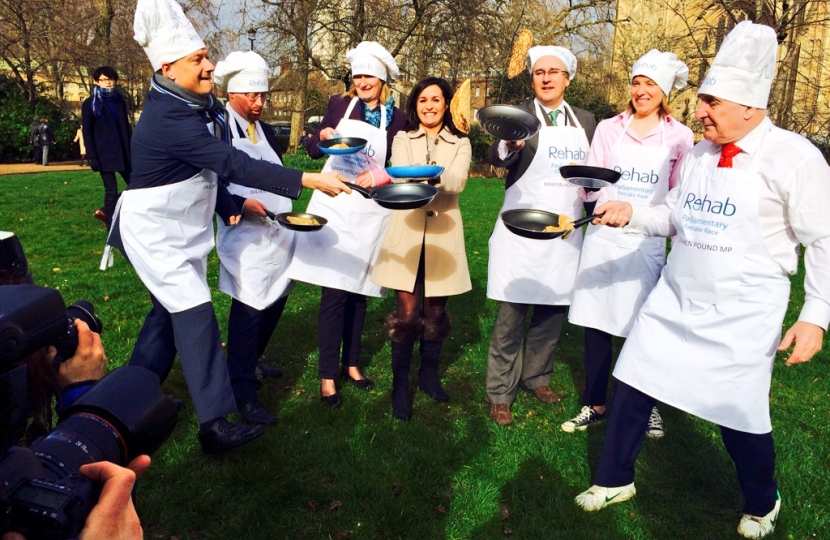 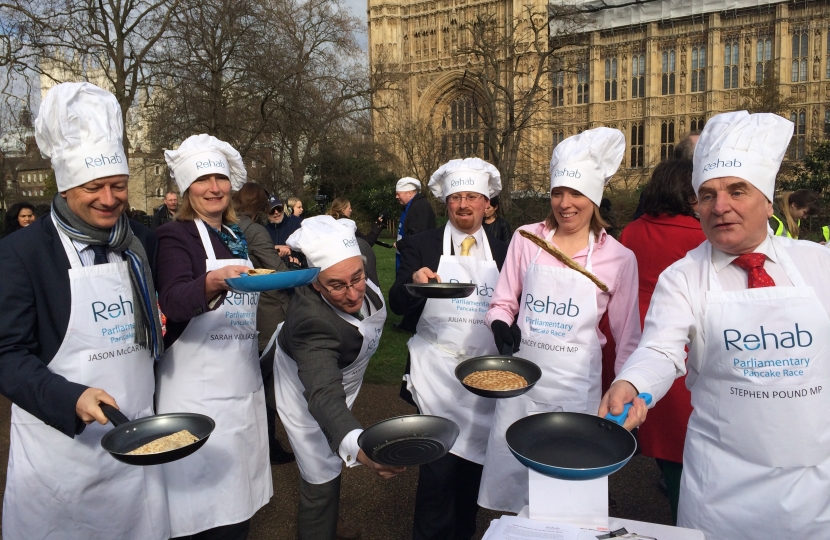 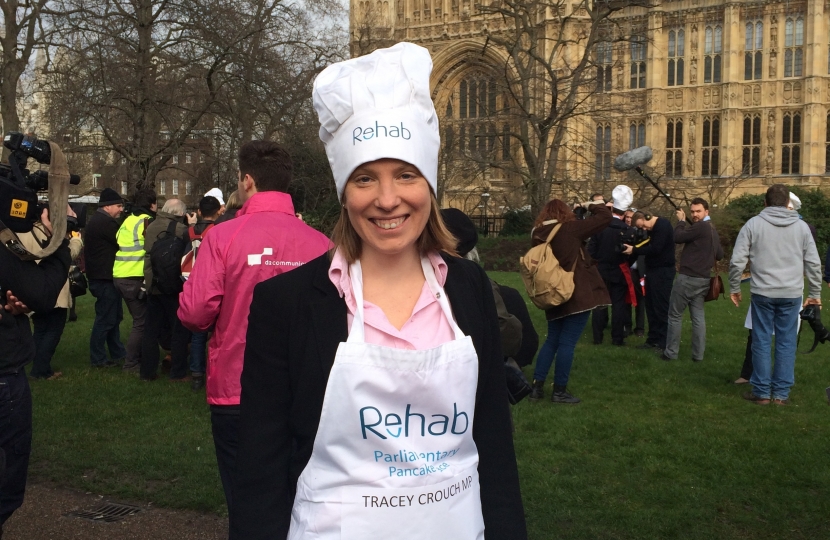 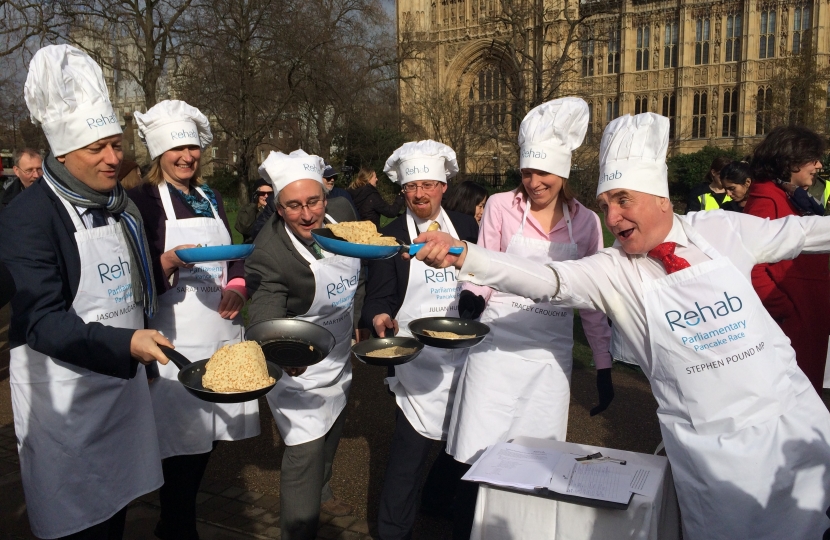 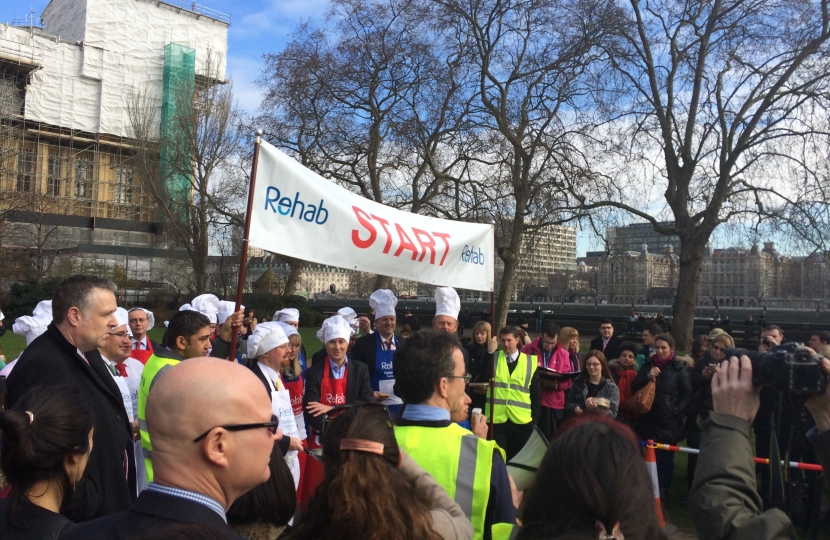 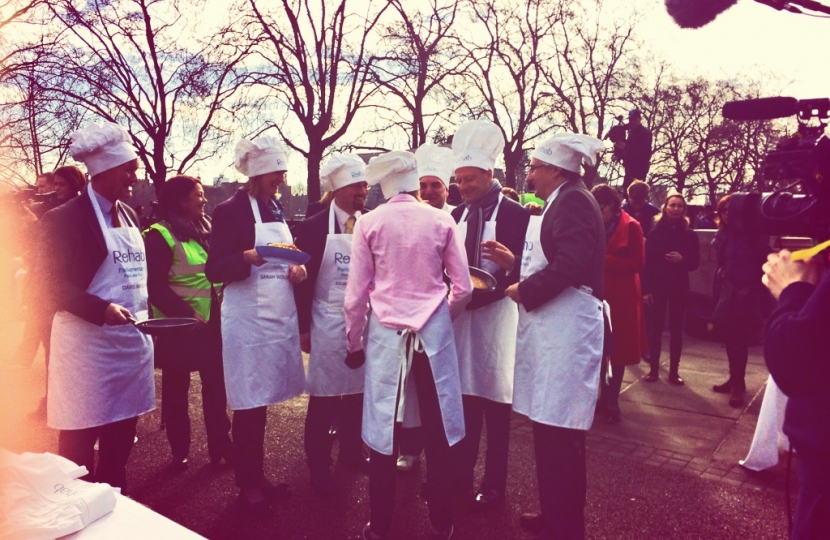 Pancakes, crêpes, drop scones, hotcakes – call them what you like, the Rehab Parliamentary Pancake Race sees them demolished in seconds. Not because of their irresistible taste but because they’re vigorously tossed in the air by members of the House of Commons, the House of Lords as well as political correspondents, as they batter around a race course, vying for the winners’ title.

Since the first Rehab Parliamentary Pancake Race in 1998, the event has grown in popularity, with reportage by the BBC, ITN and CNN as well as being the subject matter of amused tourists’ holiday snaps.

MPs, Lords and members of the Parliamentary Press Gallery gather in Victoria Tower Gardens, next to the Houses of Parliament, where they swap their warm coats and woolly caps for aprons and chefs’ hats. It really is a sight to behold. Today marked the 17th anniversary of the race and Tracey took part for the 4th year in a row since being elected in 2010!

Having sized up the competition, most turn to concentrate on practising their flipping skills and ensuring that their shoe laces are firmly tied. As the teams line up for the race, or what’s better described as a battle, one can witness a steely hunger to win.

Rumour has it that before the use of milk in pancake batter, brandy and wine had been common. Seeing the antics of some of the race participants, you would be forgiven for thinking that some Houses of Parliament whisky had been slipped into the pancakes!

Despite all the fun and frolics of the event over the last 17 years, the Rehab Parliamentary Pancake Race has served to raise awareness of the work that Rehab does in enhancing the life chances of people with disabilities and others who are socially-excluded in the UK. Tracey said "It is a great tradition. So often causes don't get the media attention they deserve. If we have to dress up silly and run around to raise awareness of this important work, then that is what we will continue to do." On the MPs coming a close second to the House of Lords team she laughed "They cheated, otherwise we would have won for the third year in a row. Next year we will regain the title, watch this space."