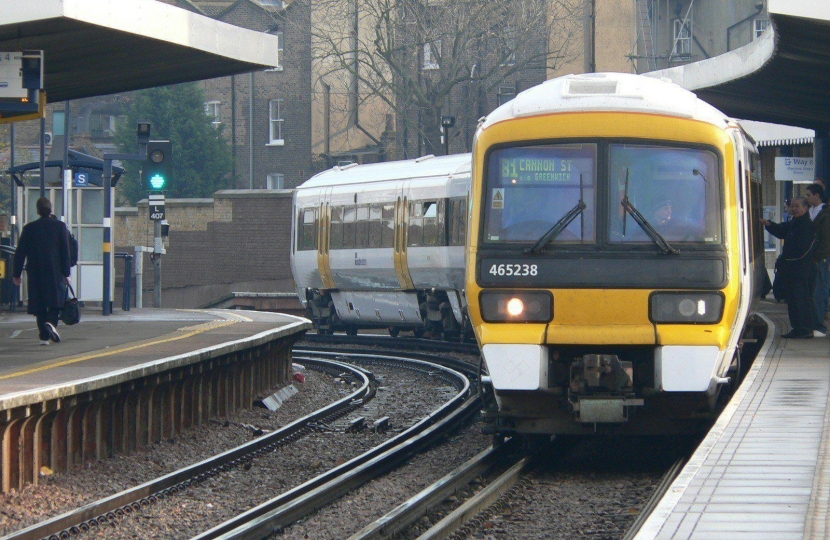 Tracey has campaigned for a fairer deal for rail users and for improvements to be made to the current franchise.

This is an important issue for local residents and Tracey regularly raises concerns over punctuality, fare increases, capacity and quality of rolling stock with both Southeastern and Ministers at the Department for Transport.

While there has been some progress on fares, with the Government commitment to cap regulated rail fares in line with inflation for the duration of this Parliament, any increase is of course unwelcome. Significant concerns remain about the quality of service provided by Southeastern and Tracey will continue to fight for the improvements that passengers deserve.

The franchise consultation has now been cancelled for the next franchise and Tracey has urgently lobbying the Government for the much needed improvements, such as greater capacity and more punctual services, to be delivered as soon as possible.

Please check Tracey's Facebook page for updates on her campaign